INTRODUCING: A NEW way to stay Up to Date With Humanity's Galactic Contact

- Advanced Wisdom for Your Ascension
- Advanced Healing Modalities
- Advanced Technologies to save our planet
- Increase your capacity for Love
- Stronger Connection With Your I AM Presence (Your individualized Aspect of God)
and the Ascended Masters.
That's why I was guided by the Pleiadian-Sirian-Arcturian Council of Light to provide a platform for Galactic Lightworkers from around the world to offer a way to begin Galactic Contact of Light, get the latest information, updates and Activations for Galactic Contact and provide answers to the biggest questions about our Ascension.
The Galactic Council of Light has fully integrated their I AM Presence and are here to assist you to do the same, as it is The Key for our Ascension.
We have created a place for you where you can find:
- Positive and uplifting messages of Light
- Inspiration
- Like minded, positive people
- and a positive community
PLUS:
Receive the Wisdom and Insights from the Ascended Masters, Angels and Telosians
to assist to move through the profound shift humanity is going through,

as we are moving into the New Earth experience.
Introducing:
The Galactic Lightworkers Assembly

"The Galactic download from your last update felt incredible. I am very thankful that our paths have crossed. Ever since I joined the Galactic Lightworkers Assembly, I have had incredible spiritual experiences that I would have never known to be possible. I very much look forward to the monthly Galactic Broadcasts. I am so, so thankful for you Asara and our Galactic family." Monica, New Hampshire
"My biggest takeaway from all of this is that I have achieved more in a few weeks using the Gifts that you beautiful souls share, than in all of the many years that I have been working on myself on all levels!
One of the many a-ha moments was finding family and home and thinking it was all new to me and just as a blossom placed lovingly in a glass of cool clean water, everything has begun to unfold and I Am realizing that They have been with me not only my whole life but for all of them, here, there and everywhere! My energy is expanding at the speed of light and my heart is filling with more love and joy each moment. Now everything truly is flowing with ease and peace and I am appreciating it more than words can express!! I love you, I thank you and I appreciate you all with all of my heart and soul!" Theresa H. New York

Join us at the introductory
energy exchange of
$39.95/month  $19.95/month
When you join us now you'll lock in this monthly intro price
for the life of your membership.
(you can cancel anytime)
If your heart says YES to our monthly Full Length Workshops
in form of live Galactic Broadcasts, then CLICK THE BUTTON BELOW:
Get Started Now
The Next Live Channelled Galactic Broadcast
Topic:
"Galactic Update &
How To Create A Reality
Based On Love
In All Areas of Your Life!"
will take place on
Thursday February 9th, 2023
6:00pm US Pacific Time
in:
countdown
00Hours00Minutes00Seconds
Here is what you'll get:
Monthly Live Broadcasts:
Get the latest Updates, Activations and Q and A
with the
Pleiadian-Sirian-Arcturian
Council of Light, every 2nd Thursday of the month at 6:00pm Pacific Time.

Library of Recordings:
All live broadcasts are recorded, so that you can watch them at your own
convenience. Energy is outside of time and space, so it will be as if you are there with us. 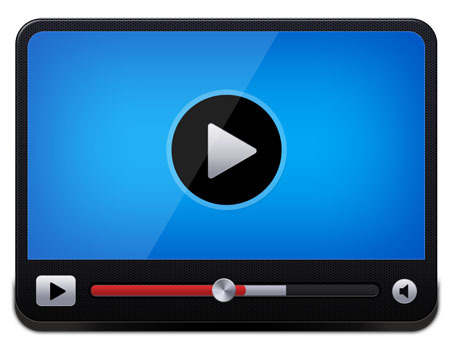 Weekly Updates:
Continue your connection with your Galactic Family
of Light with our quick updates via email
once per week.
(These are different from our regular newsletter.) 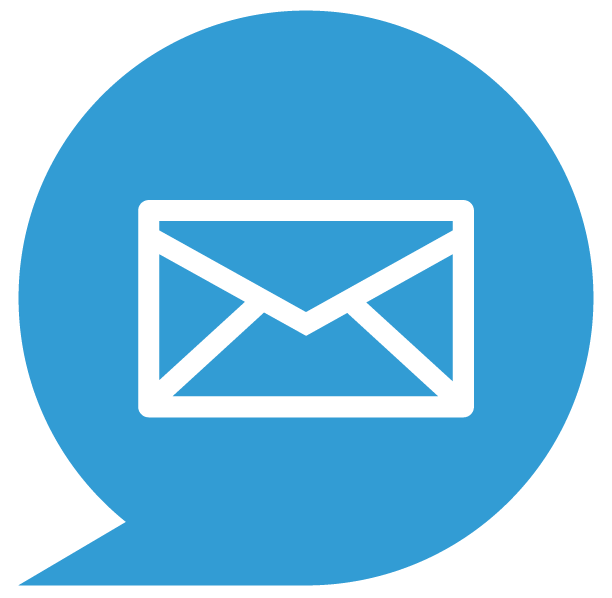 Daily Galactic Activation
of Light:
Raise your vibrational frequencies and connect with your Galactic Family of Light with this short meditation that you repeat every day.

Answers:
Channelled video clips to answer the most important questions about Galactic Contact and Ascension by  the
Pleiadian-Sirian-Arcturian
Council of Light 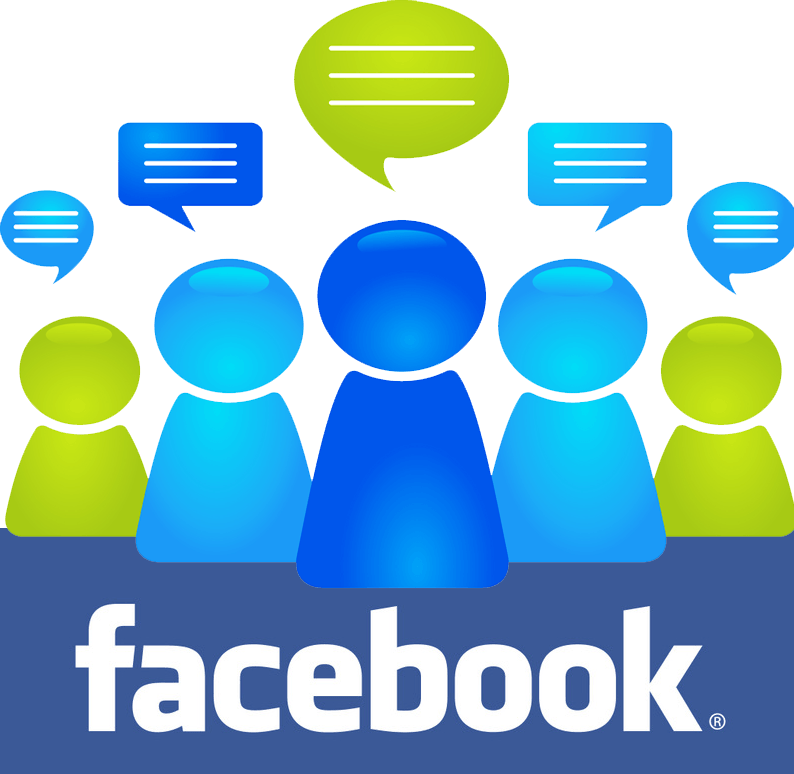 Watch this message about GLA:

We are here to assist you in the understanding of your own Star lineage, the awakening to your sovereignty as an individual and as a society on your planet. This allows you to begin a collaboration with advanced civilizations of the higher dimensions, to repair and restore your planet, create prosperity and peace for all and to provide you with the tools, technology and healing modalities to tend to your physical bodies, your emotional bodies, light body, auric field and mind, heart and soul.
We are here to assist you to integrate your I AM Presence, which is a key to your Ascension.
It is upon your asking and request that we are here to assist you with this process.
We are with you, upon your request.
We are you.
We love you.
Until we speak again.
Namaste.”

Join us at the introductory
energy exchange of
$39.95/month $19.95/month
When you join us now you'll lock in this monthly intro price
for the life of your membership.
(you can cancel anytime)
If your heart says YES:
Get Started Now

Asara is an international Speaker, Author, Channeler, Galactic Advisor For Green Companies and is helping people from all over the world, to connect with their Galactic Family of Light to receive Wisdom, Advanced Information and Technologies as well as Guidance and
Clarity for their path.
These Galactic Beings of Light are future aspects of our Higher Selves, who came back to assist us, now. Her work assists people to step into an Abundant, Fulfilling, Loving, Healthy and Purpose-Driven Life with ease.
Asara has been facilitating Galactic Contact Groups since 2010 in Mt. Shasta, a Galactic Hub for different Galactic Civilizations of Light, as well as online. Asara is a trance-channel for the Pleiadian-Sirian-Arcturian Council of Light, Archangel Michael and Adama of Telos. She is also a Mentor for Lightworkers, Healers, Holistic Health Practitioners, Channelers,
Artists and Wellness coaches.
After two near death experiences as a child and coming from a long line of Light workers, she dedicated her life to be of service for the Highest Good and Benefit of Humanity.
Very early on, ~Asara~ was able to see and interact with Angels, Ascended Masters and Galactic Beings of Light and who are now collaborating with her to assist other on their journey.
In her mid thirties she was mentored for 2 years to hone in on her innate gift to employ the assistance of the Higher Dimensions.
~Asara~ is:
Founder of TelosChannel.com
Galactic Advisor For Green Companies
Galactic Contact Facilitator
Executive Producer and Host of “Lightworkers of The New Earth”
Trance-channel for Adama of Telos, Archangel Michael and the Pleiadian-Sirian-Arcturian Council of Light
Creator of “The 12 Activations of Light with Adama and Archangel Michael”
“The New Earth Master Class”
Author of “Portal to Spirit – Transition 2012”
Spiritual Counselor
Coach for Spiritual Entrepreneurs
Certified Hypnotherapist and Past Life Healer
Advisor at OM Times Magazine
Together with Adama of Telos, Archangel Michael and the Pleiadian-Sirian-Arcturian Council of Light, she has assisted audiences all over the world in their spiritual evolution and healing.
Also, she is helping helping green companies to access advanced technologies to create products that are better, faster and easier to produce and to have a greater impact in the world for a cleaner and more sustainable living.
She has been a Galactic Contact Facilitator since 2010, with over 100 intentional UFO sightings and interactions.
Now, she is helping green companies to harness advanced technologies with her Galactic Team of Light to improve existing products, or create brand-new products to help company owners grow their business exponentially and with ease.
Today, she is working hands on with green company owners, who are visionaries, inventors, big thinkers, implementers, open minded and bold to change the way we live on this planet for the better.
Her passion is to help create faster, better and cleaner solutions for our lives and the planet, by collaborating with advanced, Galactic Civilizations of Light, which in turn allows for green companies to thrive.
The advanced civilization Asara Adams is working with is the Pleiadian-Sirian-Arcturian Council of Light. It is a collective of Galactic beings originating from the Pleiades, Sirius and Arcturus.
Asara Adams was studied for her channelling abilities by IONS (Institute of Noetic Sciences), which was founded by Apollo 14 Astronaut Edgar Mitchell in 1973.
In 2017 she was invited to Tokyo, Japan to hold Workshops and Seminars and she shared the energies of the Pleiadian-Sirian-Arcturian Council of Light with the Japanese audience.
Your order is 100% Secured
Claim Your Amazing Product Below:
Step 1: Contact
Step 2: Shipping Address
Shipping:
Step 3: Payment Information
Item
Price
$0.00
Your order has been declined. Please double check your Credit Card Details or contact support for information.
Credit Card Number:
CVC Code:
Expiry Month:
Expiry Year: